A couple of weeks ago, I saw a Chiropractor for the first time for a hockey injury I sustained.

As he was shifting, cracking, and massaging, he told me that most people go through their entire lives with minor aches and pains that they just get used to. I know i’m one of those people; I told him that I had ignored this pain in my hand for almost a year until it got to the point where it hurt too much to even play. I’ve even been laughed at for working through almost an entire summer with a sun beam directly tanning the right side of my face. Anyways, more on that later.

We’re coming into the thick of things here at MLS where the meat and potatoes of three of our current campaigns are all happening within a 3 to 5 month span. Amidst the client projects, we’ve also been revamping our own business model and brand. We wanted to take our time with this revamp, and because of that, it’s been an absolute grind-it-up-and-spit-it-out past couple of months where every process has been long and almost deliberately painful. I would be lying if I said that this was all part of the plan from the very beginning when I joined the company, but truthfully it never really works out the way you think it will. You never plan to set a goal that’s seemingly out of reach; you can compare it to having an annoying itchy wound that you’re just waiting to scratch.

What i’ve learned over the years though is that it’s how you deal with that constantly itchy wound that defines your success as an entrepreneur. I’ve talked to many entrepreneurs that use the method of “powering through” to achieve success. “Powering through” usually contains the following steps:

1. Have a dream
2. Take a massive leap of faith which includes all or some of the following: quitting your job, maxing out your credit cards, and investing all your time into the dream

The main problem with this method is that entrepreneurs get stuck on the notion that these steps are the hardest and most important sacrifices an entrepreneur needs to make in order to become successful. I compare this with painfully ripping off the bandaid before your wound is fully healed, scratching it, and expecting the immense pain and “sacrifice” of that action to heal the wound quicker. It doesn’t work that way. The wound will continue to be a wound until it fully heals. And it will continue to itch until it is fully healed. Guts aren’t the key to entrepreneurial success; the key is patience. 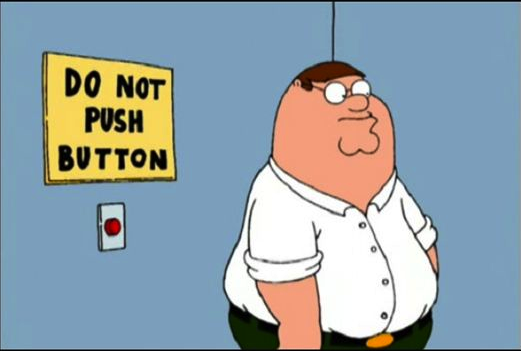 What I mean by patience can be summed up in a couple bullet points:
– Being okay with taking constant leaps – some big, some small (not just one big leap)
– Dealing with constant failure to the point where failure doesn’t phase you anymore
– And most importantly, knowing that your hand should not scratch that wound, no matter how much it itches

Some might argue that my perception of this is due to my personality; i’ve always been comfortable with being uncomfortable. I constantly put pressure on myself to be better, I ignore physical pains and just work through them, and I frequently sleep too late and too little (hence my nickname, the “Office Insomniac”). However, I argue that this is the life for a majority of the population, let alone entrepreneurs like myself. I look around and it’s a rarity to find anyone completely and utterly content with what they have. A lot of people have an itchy wound; they’re living in discomfort with who they are, and what they’ve achieved so far. Whether or not they choose to scratch the wound is what defines them.

Anyways, back to the sun beam in my face. It was a terribly hot summer and I had an unfortunate seating location in the office. It took several months before I decided to put a curtain to block the sun from shining in my face. This particular discomfort was very simple to solve. However, the biggest discomforts we deal with don’t have simple solutions like buying large cloth sheets at Superstore; they take years to fix, and “powering through” (or using a “quick fix”) just isn’t the answer. Instead, get comfortable with being uncomfortable, and as you move forward, know that your wound will eventually heal and that incredibly annoying itch will just fade away.

This 20+ page booklet will help pinpoint which phase of brand growth your organization is in, and which phase you’ll need to go to next, until you ultimately build your brand its own tribe of ambassadors.

If any of the reasons above resonate with you, download the booklet free by entering your information below.

Our hope is that, by the time you’ve completed this guide, you’ve learned about each of these topics, and will be ready to take your brand to the next phase. 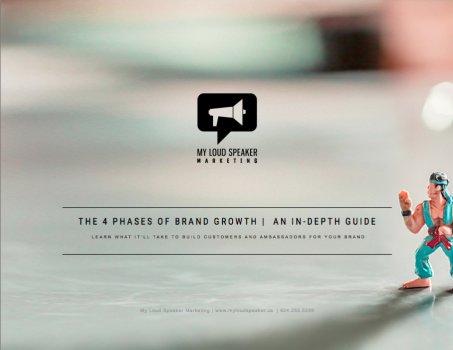 Matthew Tsang serves as an Account Director and Principal at My Loud Speaker Marketing. As an ambassador of meaningful marketing, Matthew has worked on campaigns that have emphasized the importance of giving back in unconventional ways. A natural researcher with an entrepreneurial and creative flair, Matthew has discovered happiness in a career that is challenging both imaginatively and intellectually.