Marco Arment, an iOS and web developer threw a curveball earlier this week when he made the decision to pull his AdBlock app – despite the fact it made it to number one in app rankings. “Peace required that all ads be treated the same — all-or-nothing enforcement for decisions that aren’t black and white,” explained Arment, “If we’re going to effect positive change overall, a more nuanced, complex approach is required than what I can bring in a simple iOS app.”

Adblock has been all the buzz as of late, but it’s no n00b. While the conversations surrounding Adblock had been mostly segregated to the tech-savvy – that is quickly changing. With Tumblr co-founder, Arment, making the decision to pull his smash hit Adblock app, I wanted to explore both sides of the coin… the good, the bad, the debatable.

Recently, Apple has taken it upon themselves to publish tools and information so developers can build Adblocker apps  for iOS which has caused quite a stir for both digital advertisers and web media moguls alike. With Apple making Adblocker easier to develop than ever before, more and more users will be kissing online ads good-bye. Too good to be true?  Tons of website owners make their profit and run their businesses through search, pop-up and display ads – the  Internet eco-system is in danger! 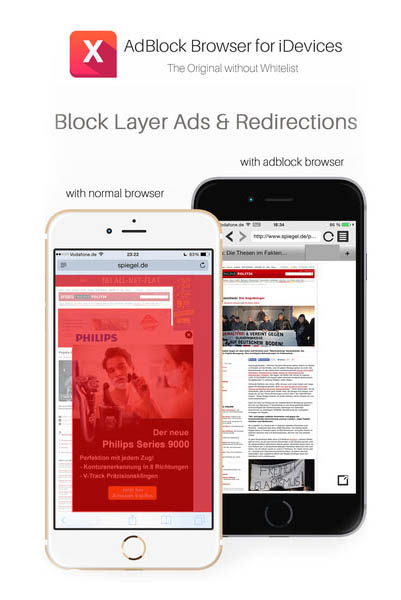 From the user’s point of view, things seem sweet. Browsing and surfing the worldwide web accompanied by Adblocker is faster and far less crowded. And according to Murphy apps, a mobile software developer who launched the Adblock app, Crystal, page load times improved by a whopping 390%. 390 PER CENT.

“When I installed the plugin, I was shocked how much better the experience was,” explained Barry Lowenthal, President of The Media Kitchen, “Take Business Insider; before, I avoided it because the experience was so bad. The pages download like they’re being pulled through tar, the videos are delayed. With Adblock, the pages download super fast. Now I read BI [Business Insider] every day, often multiple times a day. I did the same experiment on The Wall Street Journal and New York Times, with the same results.”

With glowing responses like Lowenthal’s, it’s a wonder why Arment would have opted to pull his Adblocker app from the market. Advertiser’s are beginning to furrow their brows, anticipating the real impact Adblock can make. This year, an estimated $21.8 billion of global revenue will be lost to Adblockers according to PageFair, and that is 12 times higher than last year. When you start slinging the term ‘billion’ around, it automatically sounds pretty daunting, yet Canadian Digital Marketing may be alright still.
Let’s break it down:

Sure, 7.86% is still a lot of Canadians – and with so much hype surrounding Adblock, that percentage is likely to rise for both iOS and Android users across the country. The tides are changing and so is our beloved Internet – but experts predict that Adblock will still not be able to pack the punch that would completely knock out Canadian advertisers. I doubt that all of a sudden, in perfect unison, Canadians will all begin using Adblock.

Online goliaths are scrambling to come up with efficient alternatives to curb the way Adblock can damage the Internet’s current eco-system. Even Google, the omnipresent tech powerhouse, is seeking solutions and it’s no wonder – advertising accounted for 92.7% of their total revenue. Yet even if Adblock could destroy all of that revenue and block all those ads, Google would be left with $1.18 billion in revenue. Maybe that doesn’t seem like an impressive number to Google, but I would gladly accept it, no questions asked! Wouldn’t even complain.

Google is notorious for innovation and with so many brilliant minds powering them onwards and upwards – they’re sure to solve whatever problem they face. According to TechCrunch, Google has already paid ‘Adblock Plus’, an adblock app, to show their ads before Apple published their Adblock tools.

It is the small web media that is being ruffled most of all. While Google has billions to spare, websites that are run by ad generated revenue now have to redesign the way they function forcing them to look at the alternatives for revenue to stay afloat.  While big and medium websites can produce budgets for their platforms by providing relevant tools – their smaller counterparts depend on some of the noisy and interruptive ads people are more than happy to block.

When Arment decided to pull his Adblock app, his major issue was that all ads were treated the same. One way or the other, ads would be blocked whether they were obnoxious or inspiring. Therein lies the problem – by banning ads based on code and not quality, you also lose out on all the inspirational advertising that offers value.  Some publishers are trying to deny access to Adblock users, making their content entirely unavailable and Internet’s fragile eco-system is shivering.

So perhaps the best way to examine Adblock is to rethink the relationship between the user and the publisher to make the Internet a better place. I work at a marketing agency, so for me to say that all ads are bad would be a lie. Think of how some of the great ads of our time have inspired us to say things, like “WAZZAAAP” or “Hi, I’m a Mac”. You can’t really toss all ads into one pile, so maybe the best route to take would be to compartmentalize ads  so you can easily discern between deceptive ads and acceptable ones.

We could dare to go one step further and demand that ads go beyond just “acceptable”.  As an advertiser, we can make the online world a better place if we continue to provide inspirational ads. By creating advertisements that truly inspire and offer value, we would change the users’ opinion that all ads are annoying, interruptive and worthy of blocking. By shifting the opinion of the user, we can directly effect the publishers and allow them to still make money and run their website. The first step would be creating the ability to abolish ads we no longer use and vote down deceptive ads. This would mean making better choices online, not purchasing products or services from companies that use annoying ads. If users change the way they browse and buy online, it would coincidentally make publisher’s change too.

Websites and web content are made daily by every single one of us. Advertisers, companies, publishers and users – and every piece of the puzzle needs to adapt to the new age of Adblock.

Adblock was designed to improve the user experience, but it’s created a lot of heated dialogue and serious discussions about how this can impact every piece of the Internet’s delicate ecosystem too. It may seem like it was just about  improving the user experience online but it’s evolved into an opportunity to rethink websites and ads altogether.