Time for a publicity stunt!

One of the best parts about developing marketing strategies for the film industry is that you can be as creative as you want. Unlike in other industries where marketing is often required to stay within preformed guidelines, marketing film is just as creative as creating the films themselves. For example, if you’re marketing medical supplies, you probably don’t need a publicity stunt just to sell your product. 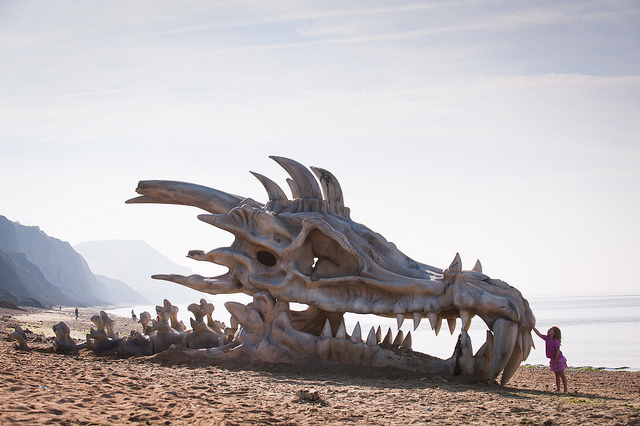 When creating a marketing plan for the film industry different rules apply. Creating a publicity stunt for your movie is absolutely fair game, heck – it’s recommended. Want to put a bus-sized dragon’s head on a beach? Do it. Or how about flying remote controlled humans through New York City? Already done, consider it tried, tested and true. Being unique in your tactics means banking on being memorable to your audience.

However, because of the scale of marketing strategies for the film industry, it is often worth it to seek outside assistance. Marketing agencies can give you and your production company that extra lift needed to stand above and beyond the competition.

Interactive Tactics: Get the audience involved

Regardless of the size of your upcoming film release, a great strategy to employ is involving your audience. If you involve your film’s audience prior to the theatrical release, not only will they purchase tickets, but they’ll shout about your movie all over social media, instantly and organically upping your buzz.

More people go to the movies than all theme parks and major U.S sports combined 1, and don’t you forget it! Warner Bros.’ award-winning “Why so Serious?” campaign for the launch of The Dark Knight got their audience involved with enviable results. Within the campaign, they encouraged fans to visit world landmarks in full Joker makeup, and post their pictures on social media for the world to see. Donning Heath Ledger’s Joker inspired makeup hasn’t lost it’s momentum either – we can’t seem to get through a Halloween without a dozen passing us by. Well played, Warner Brothers.

The Hunger Games also involved their audience by creating a virtual online game. It enabled viewers to experience what the characters in the film endured, all the while allowing them to connect with other fans. Any opportunity to fantasize about being bad-ass archer extraordinaire, Katniss Everdeen, is something any book fanatic would soak up post-haste.

Is this real life? Blur the lines of fantasy and reality

Sometimes, it’s advised to blur the line between fiction and reality. By making your movie seem as though it is actually part of our everyday society, you can pique interest in a big way. One of the first, well-executed examples of this can be seen with The Blair Witch Project campaign, which was done well before social media and YouTube existed. In the campaign, producers of the film created a website chronicling the legend of the Blair Witch well before the movie was released, and went so far as to hand out missing person leaflets of the three stars on college campuses. Because it was so difficult to find information at the time, and because the stars of the movie were so unknown, no one knew if the whole thing was real or not. Spooky!

The Hunger Games (wow, they had some amazing Marketing) also played to blur that when promoting ‘Chasing Fire’, by erecting billboards in New York City and Los Angeles which depicted a company called Capitol Couture. The company doesn’t exist of course, but with a full-blown website, and Tumblr account, they could have fooled us. Anyone who didn’t know about the film franchise (or was living under a rock) and was curious, would be taken through an online experience rivaling the authenticity of real companies out there.

Using social media can also be extremely effective when building your marketing strategy for the film industry – see our post on “5 Ways to Develop your Social Media Right Now“. Whether you’re using it as advertising, or immersing your audience in the world of your movie, social media is one versatile vehicle. Popular social platform are typically frequented by the 18-39 age demographic, and since the 25-39 age range is the most frequent of all moviegoers 2, it’s a good place to advertise your movie.

Facebook advertising can work if you’re creating shareable content, and a SEM strategy can push people towards your movie if you focus on terms like “action film recommendations” or “good action films” – see our post on “SEO Basics: Best Practices For Keywords Targeting“. IMDb is also a fantastic place to look at for advertising, because with millions of people visiting the site daily, there’s no reason to ignore it. But social media isn’t just advertising, it can also be used for immersion, which can be seen in the World War Z Facebook page, which was designed to host a wide variety of games, contests, and fun apps to use. Additionally, by updating frequently with engaging posts, your fans will keep returning for more.

You need to get out there and be creative! Think of the most fantastical idea you have, and then upgrade it. Stand out from the other movies out there, and let your imagination run wild – when you let go of the rules and think beyond borders, you can generate big time hype that makes a lasting impression.

If you liked this article, please check out “How To Build A Tribe Of Brand Followers” .
Header Photo: Pexels.com